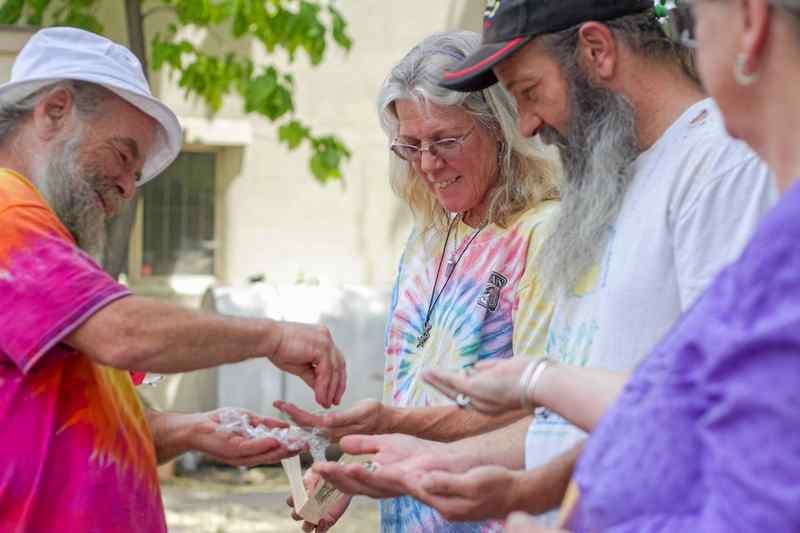 Published on May 6, 2016Lorraine Dechter, General Manager of KZYX interviews Ron Kiczenski for the Cannabis Hour's May 5, 2016 episode. This is a show Monsanto, the Drug Policy Alliance, MPP , and NORML would not want you to hear. If you care about human rights , food , and freedom , take the time to hear and share this video.

(bio from the Tere Joyce show)

Ron Kiczenski has been speaking his truth to power for most of his life and has worked on many issues such as world peace, hunger,(poverty) homelessness, protecting humans and other critters from abuse, stopping deforestation and environmental destruction and the like. In the early 90's Ron heard a news commentary on the uses and politics of the cannabis plant by Hugh Downs which shifted his focus to an issue that he still feels would most positively impact all the other issues he had previously been working on.

After thoroughly researching the history and human uses of the cannabis plant, It was clear to Ron that this plant would not only provide most all the basic necessities of human life, but would do so in a way that created better health, non polluting renewable resources, jobs and a redistribution of wealth, while simultaneously making obsolete so many of the destructive practices used in the production of other limited and exclusively controlled resources like petroleum, timber and cotton.

In 1993, after much effort trying to communicate his conclusions to all levels of government, and at a time when NORML and the national press were keeping any discussion of cannabis limited to whether Clinton inhaled or not, Ron decided to go all out in an effort to bring his conclusions to the people, so he compiled all his research consisting mostly of relevant government documents and relevant books, and added a half pound of 'illegal' cannabis and sent the package overnight mail to President Clinton at the White House.

Ron thought he would be arrested and go to trial which he had hoped would serve as a catalyst for the information to disseminate out to the people. The government never filed charges, but the story got out regardless and soon evolved into the intended catalyst which at first was reaching hundreds of thousands, then millions, then tens of millions as the story went world wide.

Over the next 3 years Ron was instrumental in organizing dozens of actions in effort to delete what he see's as fraudulent laws that have robbed the world of the most important and useful plant humans have ever known. Some of the other most notable (publicly known) actions Ron was a part of include "Hemp Across America"(a simultaneous press conferences organized across the country to bring attention to the invaluable cannabis plant), "3 hawk stand" (the 1994 planting of 20,000 cannabis seeds on the 4th of July, calling the sheriff and declaring the laws unconstitutional), "The Pine Ridge Hemp Project" , the HPRco application to grow 340,000+ acres of hemp in 18 states, and the Arizona tax stamp law.

From 1993 to 1996 the public sentiment and momentum stemming from Ron's actions snowballed and had a direct influence on the timing of, and the resulting vote on prop 215 "The Compassionate Use Act" which was passed into law by the people in 1996.

Some of the many other actions Ron has been involved with over the years include filing the only "Endangered Species" petition ever filed to protect the cannabis plant (based on the irreconcilable conflicts of law between the Controlled Substances Act and the Endangered Species Act), also the civil suit "Kiczenski v Ashcroft" (the only civil suit ever filed in the US claiming growing natural plants for ones own needs is a naturally endowed human right protected by the 9th amendment), and most recent and most important according to Ron was "The Freedom to Garden Human Rights Restoration Act of 2014".

Among other things including his involvement with "Americans for Cannabis" (a group trying to forward the Freedom to Garden Human Rights Restoration and Protection of Nature movement to every state), Ron is currently doing a weekly radio show called Turning Point, broadcasting out of Lake Port California on KPFZ 88.1 FM.